Get hold of someone who's trying to call you

Conversations between two cell phones drop more often.
This is normal and happens due to various factors linked to being on the move, such as passing through a tunnel.

The time required to establish a call between two mobile users is longer (around 6 seconds) than the time between two landline network users, which is practically instantaneous. This is why two cell phone users trying to call each other after a conversation has dropped are likely to find the other person's line engaged.

Busy Call is a smart service that understands when two people are calling one another. Instead of giving them both a busy tone, it connects them.

The Busy Call service works even if only one of the callers is using a Vianova SIM.

Before connecting two users who are calling each other at the same time, Busy Call plays a short jingle lasting two seconds to indicate what is happening.

listen to the jingle

Five things you can only do with Vianova Mobile!

we answer within three rings

We answer in three rings

Every day from 8 AM to 10 PM we answer your calls with permanent employees. Calls are always free of charge, also from mobile. 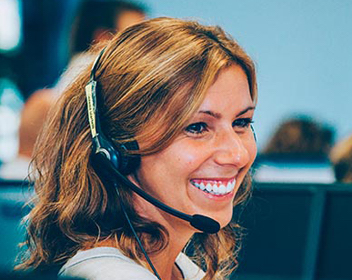 We’ll call you back free of charge

Thank you for getting in touch with us

Our Customer Care will call you as soon as possible

Are you already a Vianova Customer?

Aren't you a Vianova Customer, yet?